Tips for foreigners looking for an easy line of work

The 5 Most Popular Jobs for Foreigners in Japan 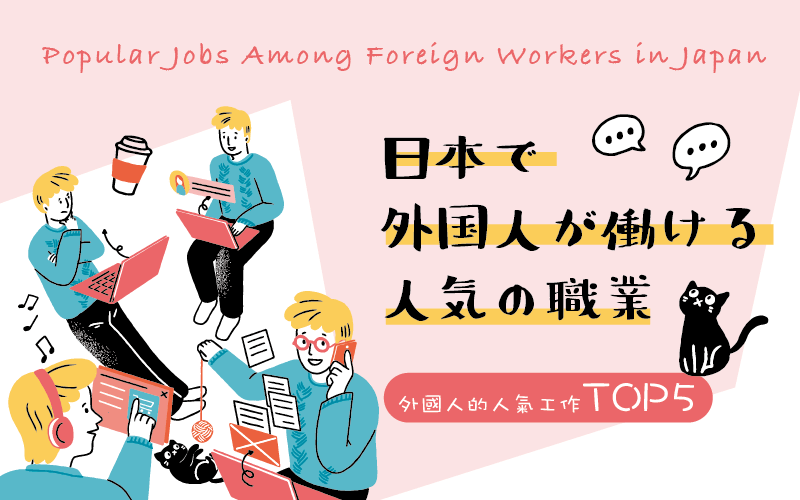 There are many interesting jobs in Japan, but for some foreigners looking for employment, it might be more important to find work that accepts foreign workers more readily and has a more enjoyable work environment. Of course, if you have the will power and drive to work you’ll probably be able to succeed in any job. However, if you want to find steady employment, you might want to find out where other foreigners are working in Japan.

The Amount of Foreign Workers in Japan is Growing!

The above statistics are the findings by an investigation conducted by the Japanese Ministry of Justice from 2015 onwards. Just a quick glance and you’ll probably notice that the amount of workers has been increasing each year. In 2012 the number of foreign workers was reported to be 2,033,656. Seven years after and the number of foreign workers has increased by a factor of 1.4.

Most Foreign Workers Come From Asia, and Are Working In Tokyo

Osaka・・・247,184 Workers（8.7％）
If you look at these statistics, it’s apparent that most foreign workers are Asian and are working in the greater Tokyo area.

If there is a store where a sizable amount of customers come from abroad, then a employee that can speak a foreign language would definitely be a highly valued asset for the company. For this reason, along with the minimal amount of Japanese ability that is required to work in the Food and Sales industry, it is likely that a foreigner would be able to find employment within this job sector.

Considering that most customers are coming from abroad, having staff that speak multiple languages is highly valued. For people that aren’t partial to doing customer service, then cleaning is also a possible option for working in this job sector.

Most of the manufacturing industry is made up of foreign workers, and companies recruit for workers pretty actively. Most of the work requires little communication, so foreigners without much Japanese ability shouldn’t have any difficulties working in this industry.

Foreign companies tend to hire many foreigners, especially those who have computer skills and can speak a decent level of Japanese. There are many companies that are looking for Translation staff and Staff that can deal with emails from foreign firms. There’s a high chance that you’ll be able to utilize your language skills in this line of work.

Tips for Foreign Workers Looking for an Easy Line of Work

・Look for work that utilizes your skills.

・Try to find work in a field that is in demand.

For foreign workers that want to find work that they are able to do and are able to enjoy, the best way is to find work that utilizes one’s skills and language ability. In present day Japan there are many industries that have a shortage of workers, so if you try to find work in one of these in demand fields, there’s a higher chance that you’ll find work.

There are a lot of jobs in Japan that foreign workers can excel in!

The current median age of the average Japanese worker is increasing, and there are many industries that have a labor shortage. There are plenty of companies that need skilled workers and a ton firms that are aiming to globalize that are actively recruiting foreign talent. So be on the look-out and you should be able to find plenty of work opportunities in Japan! 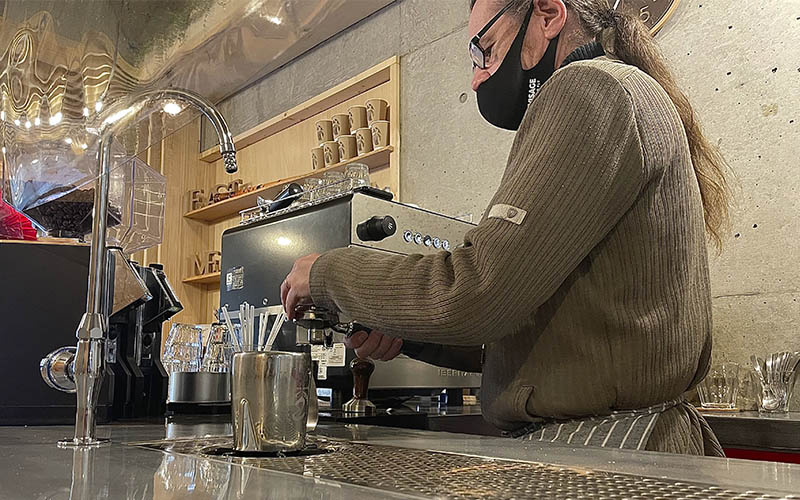